The Sacred Kingfisher, Halcyon Sancta, is a ubiquitous, widespread member of a family that also includes our two species of Kookaburra. It is found Australia wide, except for the very inland desert areas, as well as in New Zealand and offshore islands from Timor to the Solomon’s, including Norfolk Island where it is locally referred to as a Nufka.

They are somewhat nomadic most of the year, but they become very territorial during the breeding season, when any other kingfisher will be driven out of their home range.

Unlike the Azure and Little Kingfishers which are totally reliant on food items gleaned from the water, Sacred’s are opportunistic hunters preferring to pounce on land based prey. In the wild they usually nest in arboreal termite colonies/mounds but will also utilise hollow logs or earth banks if these are not available.

In my aviary’s Sacred Kingfishers, whether hand raised or parent raised, never become tame, confiding or friendly but remain aloof and skittish. Though, some rapport can be developed with the birds by throwing their favorite food items in front of them (mealworms, earthworms etc.)

At one year old my first pair tried to nest in a horizontal log but were unsuccessful due to lack of live food, the two chicks living for only three days. The second year they nested again, this time in a neophema parrot box, hung almost horizontally, at about 1.8 metres (6foot) from the ground, to which was added finely crushed termite mound as a substrate for the eggs to rest on. Again, a failure! This time due to the hen becoming egg bound.

Another reason for breeding failure was that they were housed with an immature male Regent Bowerbird, who had learned to imitate the male kingfisher’s territorial call, driving the kingfisher to attack him (the kingfisher came off second best!). The Bowerbird also mimicked the male kingfisher by trying to present the hen kingfisher with pinkie mice (much to his disgust at having such a thing in his beak). It became obvious that this combination was not going to work.

The following year I was determined to succeed. They were housed in a well planted aviary with several fruit-doves, Grenadier Weavers and a pair of Spinifex Pigeons.

The breeding season starts around early September with the male commencing his territorial call, a loud monotone "kee kee kee kee" repeated at regular intervals throughout the day. This is combined with many stylised flights to the potential nest site, and woodpecker like tapping coming from the inside of the box. About this time the male starts to feed the hen on prime morsels such as pinkie mice, mealworms, earthworms and the occasional luckless lizard that wanders into the aviary.

Although Sacred Kingfishers are basically a land kingfisher e.g. feeding on land based prey such as lizards, grasshoppers and other large insects, worms etc., they are opportunists, and can be trained to take food items from under water, as the population on Norfolk Island does, where the majority of their diet is gleaned from the rock pools at low tide (fish, crabs etc.)

When interest in nesting was observed I started to introduce some other items to their maintenance diet of kangaroo mince, chopped pilchards and mealworms. Along most of the east coast of Australia there is a guppy sized mosquito fish, introduced from South America, called Gambusia Affinis. Many of the waterways and dams in my area are alive with these fish, so in early September of that year I started to give the kingfishers several fish per day, offered in a cat litter tray with two or three centimeters of water to keep them alive and fresh. The birds took to them straight away, at last I had found the perfect food of which there was an unlimited supply and they loved them!

The first egg was laid on the 24th of September and by the 28th four glossy white round eggs had been laid, this time with no egg binding problems and both parents diligently sharing the incubation duties. The male continued his loud tapping on the inside of the box (boredom or some other territorial signal maybe?). After 20-21 days three eggs hatched and the naked and rather ugly chicks were fed on small Gambusias and freshwater shrimp for the first 4 to 5 days, they proved to be very fast growing on this diet.

The pair tolerated twice daily nest inspection very well; ironically, the male who was by far the tamer of the two in the aviary, fled the nest every time I looked, but the hen stood her ground defiantly.

By the end of week one, the chicks were being fed full grown fish (approx 2-3 cm), mealworms and one day old pinkies. Most of the chick’s growth is achieved by the end of the second week, the remaining two weeks being devoted to filling out and feather development. The nest by this stage is an ammonia filled, fetid, smelly mess and the young are only too willing to leave it!

The adults are devoted parents, especially the male, only feeding themselves when no more rattling calls are heard coming from the nest. Two of the three young fledged after four weeks and were fed for another 2 to 3 weeks by the parents. The third youngster became separated from the mother by climbing over the baffle in the nest box, it couldn't get back over and it died of cold at nine days of age. The baffle was immediately removed after this.

The parents went straight back to nest (which I had cleaned out and relined with crushed termite mound). This time five eggs were laid, five chicks hatched and five fledged. The two chicks from the first nest were removed when the parents were incubating the second clutch of eggs as the male was starting to show some aggression towards them.

The volume of food items fed, especially in the last two weeks before fledging was unbelievable, 60 to 80 fish per day plus super mealworms, their usual maintenance diet as well as a few pinkies! This was the daily feeding regime used to rear the five young and feed the parents.

The young attain independence about three to four weeks after fledging and should be removed from the parent’s aviary if it is their first clutch and they want to re-nest, as they will double clutch in most seasons.

Sacred Kingfishers can be kept with most birds of similar or larger size. I have seen them kill an adult wild mouse, tenderize it for half an hour but not be able to swallow it because of the size. I have also had them kill a hen White-winged Fairy-wren and a hen Red-backed Fairy-wren, so caution should be exercised when housing them with small mouse like/sized birds that scuttle across the ground. The temptation may be too great.

For those wanting to try something a little different, kingfishers, with their beautiful shades of blue and their unusual behaviour, make wonderful aviary subjects. If you decide to give Kingfishers a go, I can assure you that the rewards are well worth the time and effort that is involved in keeping and breeding these little gems. 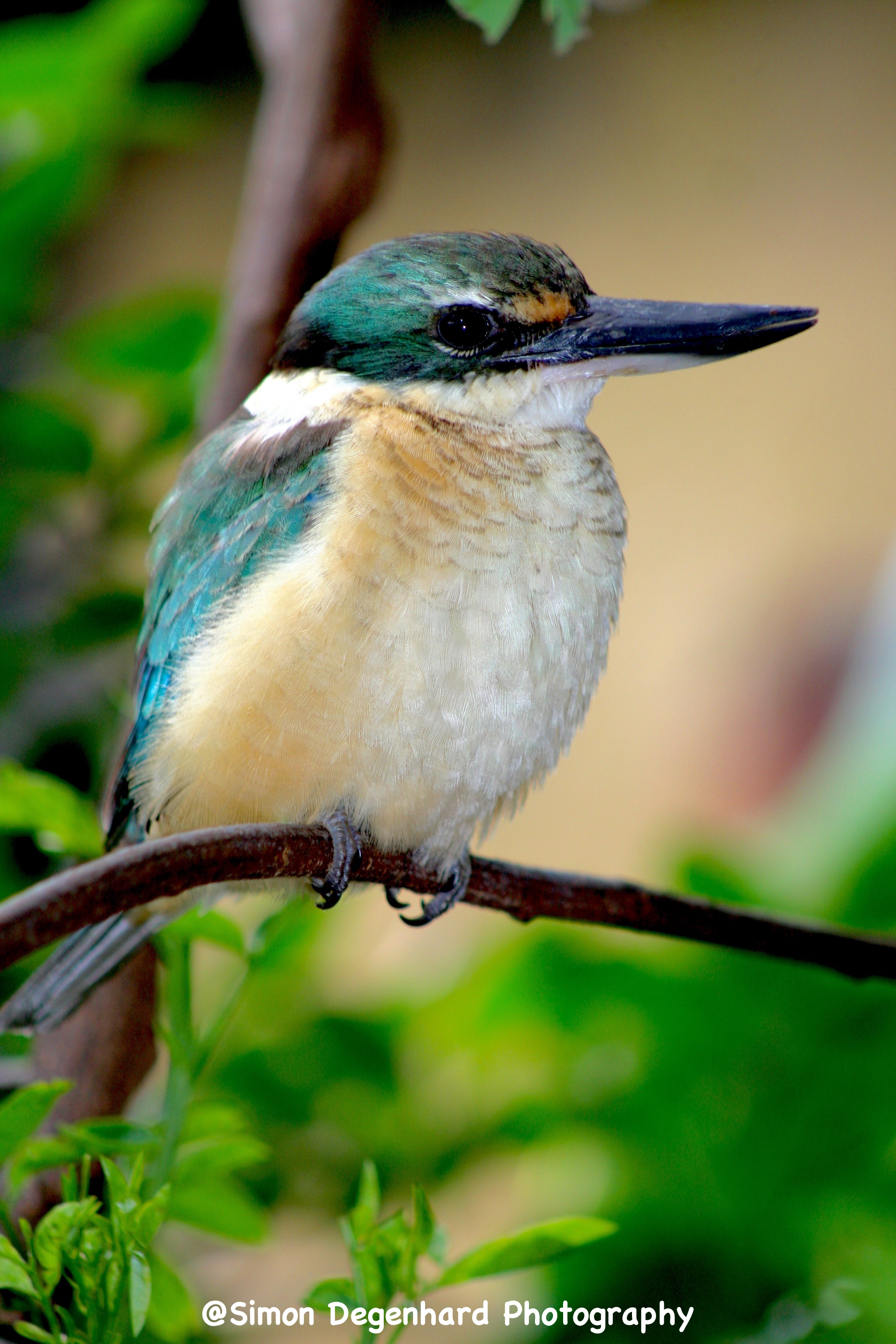 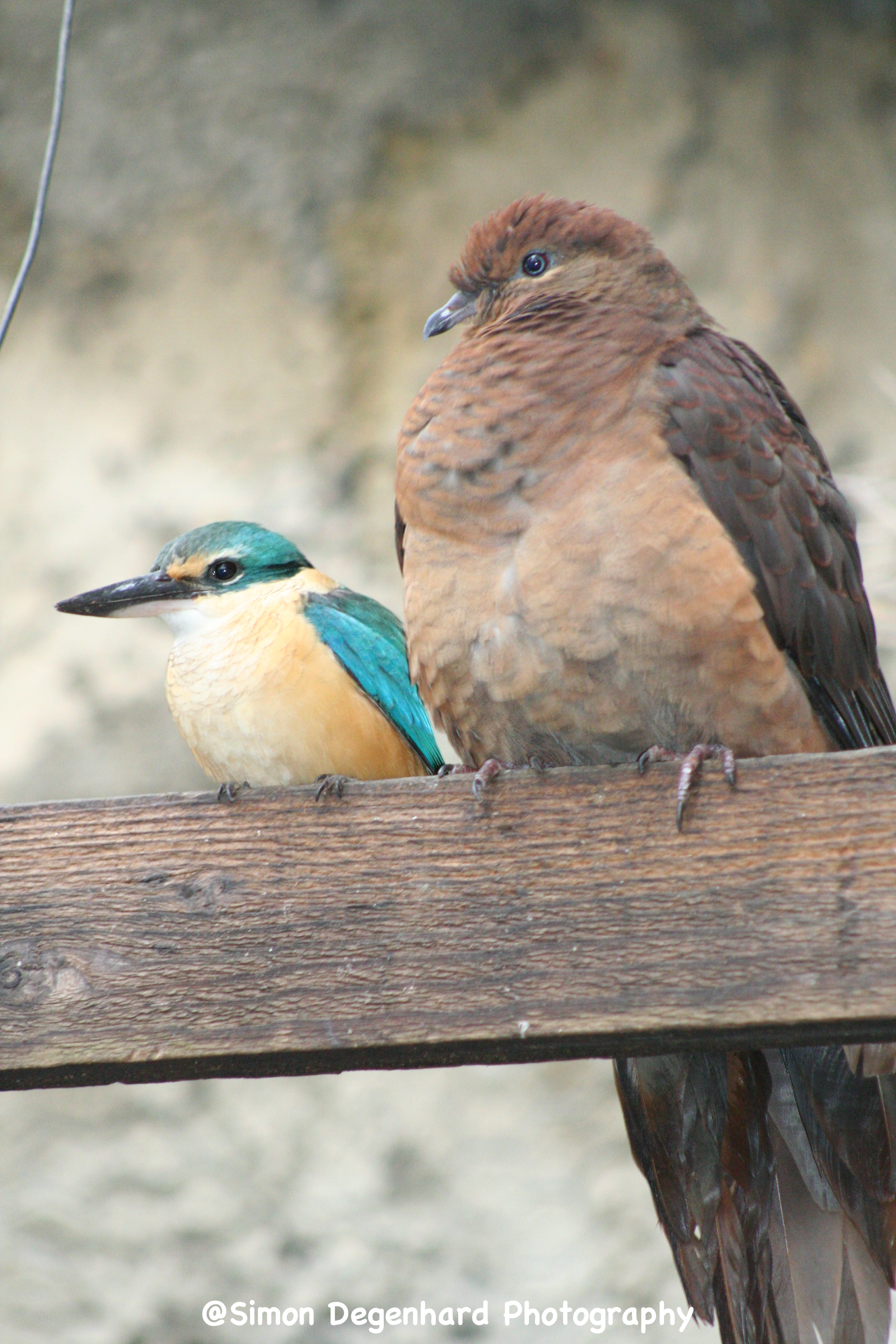 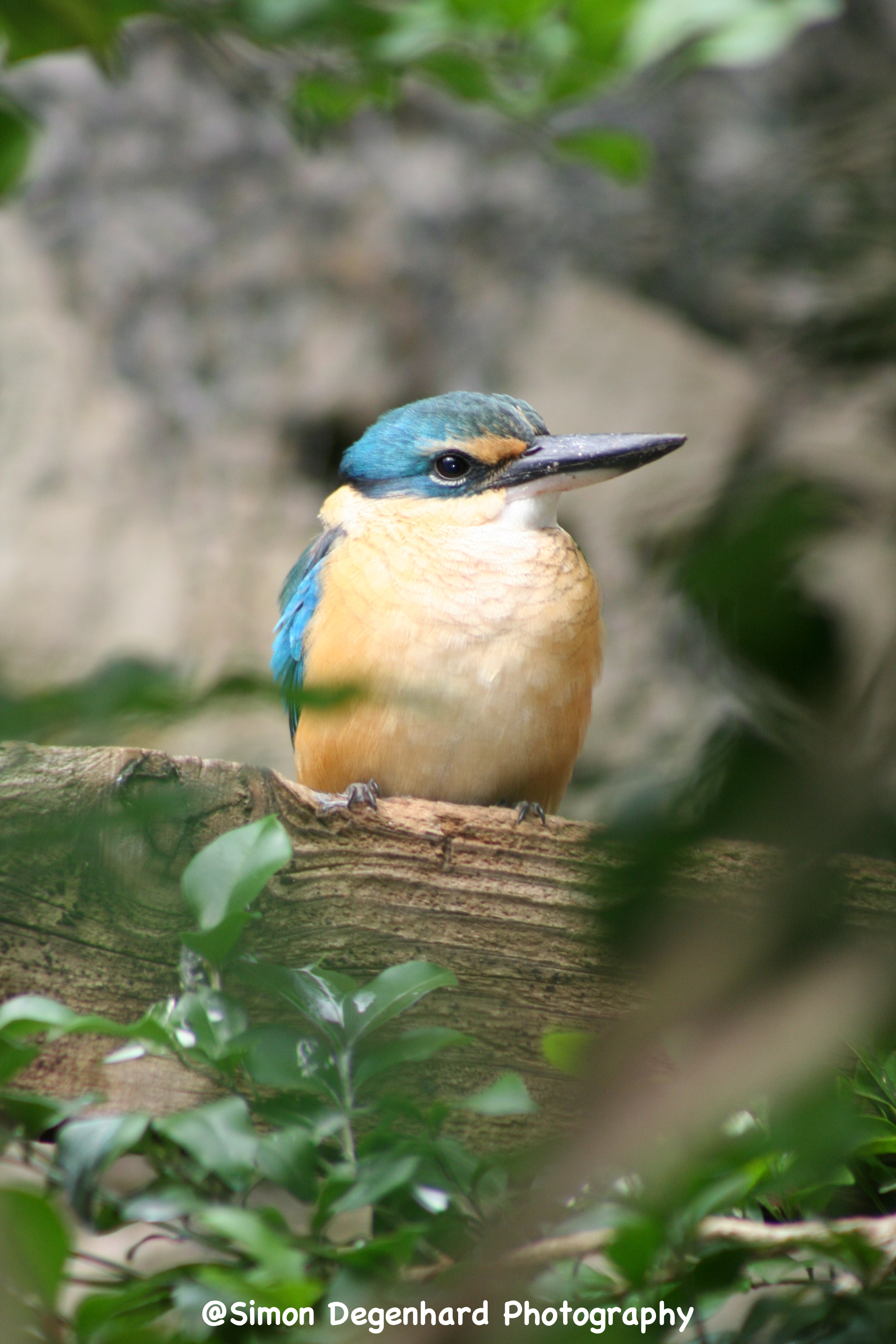 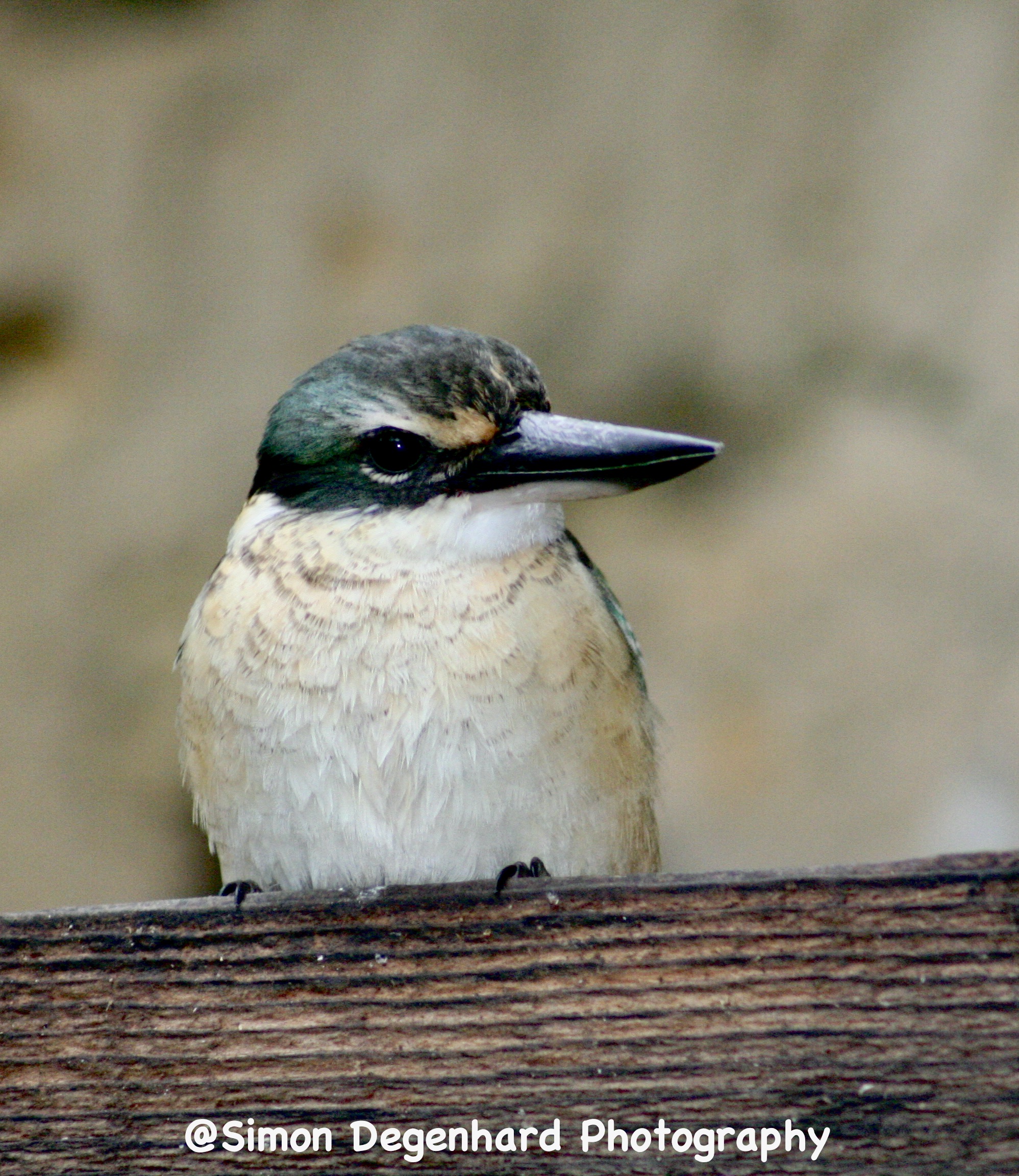 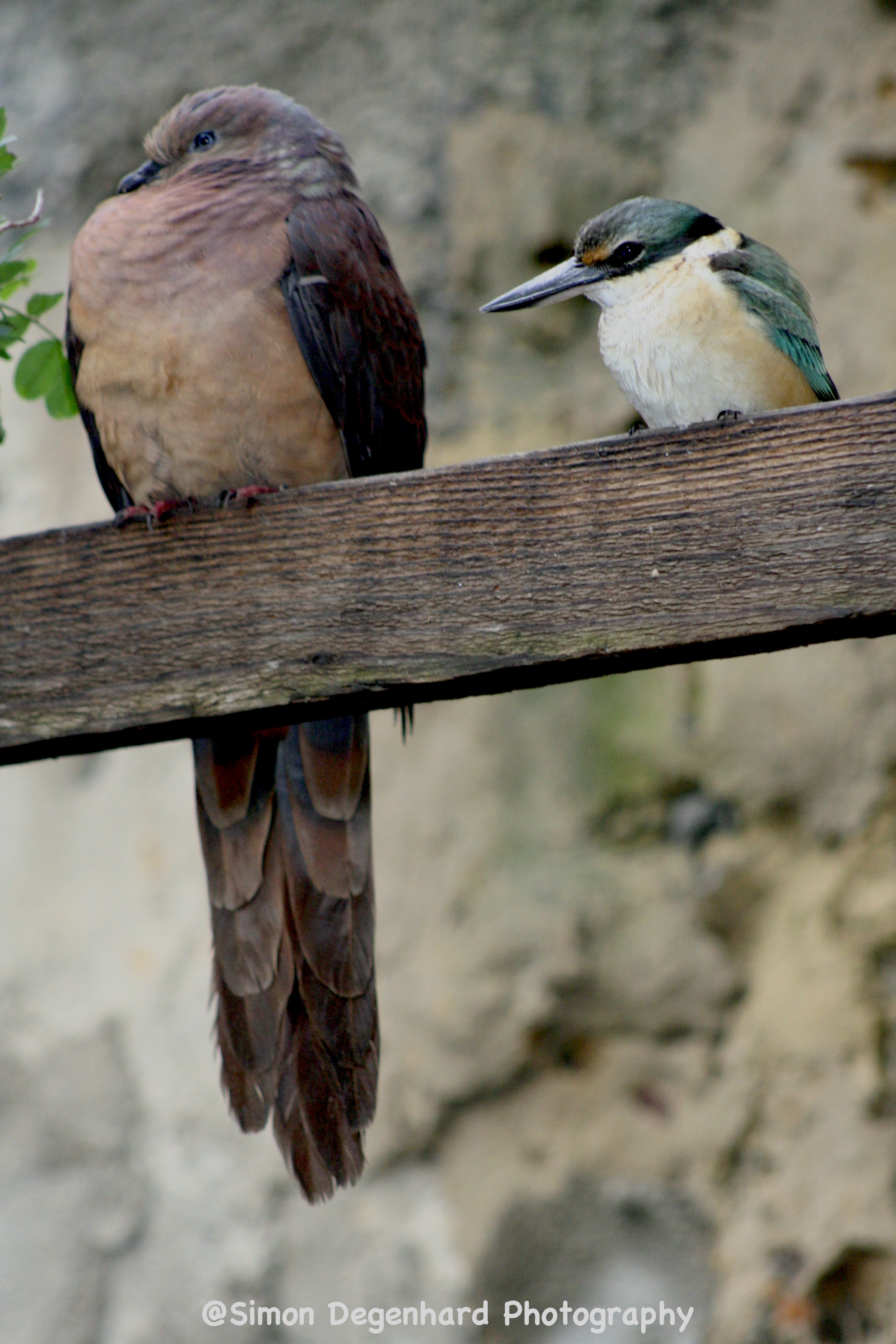 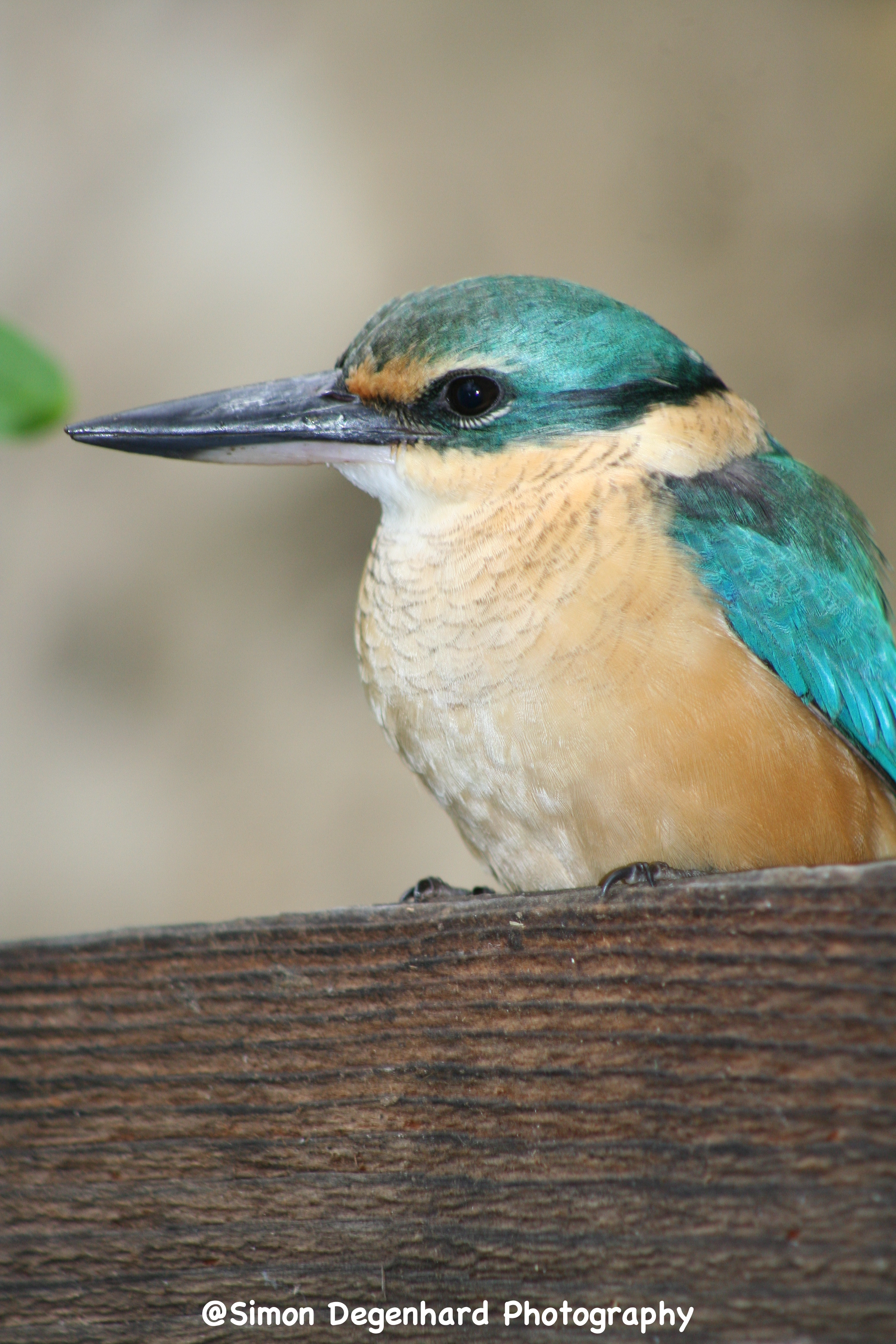