White-browed Woodswallows are an interesting softbill and although they are not brightly coloured, they are still rather striking in appearance. They are one of the less demanding softbill species available to Australian aviculturists and they make wonderful aviary birds.

The range of the White-browed Woodswallow is very widespread; it extends across approximately two thirds of Australia. It covers all of eastern Australia and South Australia, then extends up across most of the Northern Territory and over to Queensland as far north as cairns. They are much more common in the south-eastern parts of their range and would be considered to be more and more sporadic the further north-west you go.

They tend to prefer areas of open eucalypt forest and acacia woodland.

They are a small-medium sized bird that measures approximately 190-200mm in length. Males have blue-grey upper parts, a white stripe above the eye, their chest and abdomen is a rich chestnut brown, their back light grey and tail is light grey with a white tip. The female is a dilute version of the male, as are immature birds, though they are more mottled in colour.

The White-browed Woodswallow is one of 6 species of woodswallow found in Australia. All Woodswallows are communal birds and are generally seen in medium to large flocks when observed in the wild, they will often be seen huddled close together in groups when resting or roosting for the night. In the wild they are mostly insectivorous, with flying insects forming the major component of their diet, and most are caught whilst the birds are in flight.

White-browed Woodswallows are best housed in medium to large planted aviaries, although well brushed aviaries would also be suitable. A minimum size aviary of approximately 3m long x 2m high x 2m wide would be sufficient for up to 3 pairs of woodswallows, although as I always say with softbills, it is generally a case of the larger the better.

They can be kept as single pairs, though due to their communal nature they tend to do better when housed as a small colony. Due to their very placid nature they are well suited for inclusion in a mixed collection and can be kept with most other non-aggressive birds, such as other softbills, finches, pigeons, doves and parrots, though they should not be housed with any other woodswallow species due to the risk of hybridisation. They rarely show any aggression, although sometimes minor squabbling will be observed between pairs that are housed in colony; this generally occurs just prior to the breeding season and is of no concern as it rarely results in any significant injury. After this initial squabbling the birds will form their pairs and separate from the rest of the group for the breeding season, only once breeding has finished will they re-group as a colony for the off season.

Woodswallows are steady birds in the aviary and they are not at all noisy, though they may cause some disturbance to the other inhabitants of the aviary due to their inquisitive nature, particularly when the other birds are nesting. They can become quite confiding towards their keeper, especially if live food is on offer.

They are one of the more easy to manage softbills and will thrive on a relatively basic diet. A good quality softbill softfood forms the basis of their diet, this can either be a home-made or a commercially available mix. If you choose to use a commercial mix, I would recommend Wombaroo insectivore or finch soft food, as both of these have been used with good results on numerous softbill species. On the other hand, if you would prefer to make up your own mix, the following recipe was used by experienced softbill breeder, the late Harry Carr, of Gladesville, NSW with good success for many years.

The recipe is as follows:

To prepare this mix, first measure out the dog biscuits and soak them in water for approximately 6-8 hours, after this prepare the other ingredients eg. grate the cheese and hard boil the eggs etc. Once everything has been prepared place all the ingredients into a food processor and blend them together until it forms a crumbly consistency. This mix can then be frozen in appropriate portions so it can be thawed out the day before it is to be fed. The mix should be fed fresh daily and the birds should be given just enough so that it is completely eaten, this is also the case when using a commercial mix.

Their diet should also include a regular supply of live food and this is of particular importance when young are being reared, as if the parents do not have access to sufficient quantities of live food the young will be abandoned. During the off season the live food component of their diet is not as important and they will live happily on the soft food with only a semi regular supplementation of live food. Mealworms, maggots and crickets are probably the most suitable and/or accessible forms of live food that can be provided and the birds will also take moths and other flying insects that occur naturally in the aviary.

Woodswallows will also often take small amounts of nectar, so it is a good idea to provide this in small quantities as a supplement.

As with all birds it is important to provide them with fresh water on a daily basis.

White-browed Woodswallows are fairly free breeders when housed under the right conditions. They will generally commence breeding activity in late winter/early spring, around August or September, at this time it will be noticed that pairs held in colonies will start to spend more time together, away from the group and will continue this trend until the end of the breeding season. Most pairs are seasonal breeders, though some will breed all year round. Once courtship takes place it is not long before nest building is commenced. They are not overly fussy when it comes time to select a nest site and have been observed building their rather loose shallow nests in the fork of a tree, lattice work, brush, hanging pots and baskets and on the exposed rafters of the aviary.

Once the nest is complete 2-4 white, speckled eggs will be laid. Incubation is carried out by both sexes and lasts for around 12-14 days. Once the chicks hatch both parents will be seen carrying food to the nest throughout the day. They are very attentive parents and the chicks grow rapidly accordingly. As previously mentioned, it is vitally important to provide a regular supply of live food at this time to ensure the parents do not abandon the young.

The young fledge at approximately 2 weeks of age and would be considered independent around 3 weeks after this. Pairs will generally double clutch if conditions are right. In larger aviaries the young birds can be left in with the parents where they will integrate naturally into the colony, on the other hand, in smaller aviaries it is advisable to remove them once they are independent to prevent overcrowding.

Sexual maturity is reached at around 12 months of age and breeding can occur from this time on.

Hand raised woodswallows have been found to remain surprisingly tame after they are put out into the aviary and they will land on their keeper whenever he or she is in the aviary for years to come. This interesting point has been recorded by aviculturists and wildlife carers on numerous occasions

White-browed Woodswallows have many great attributes as aviary birds; they are beautiful, quiet, non-aggressive and easily catered for when it comes to housing and feeding. Add to this their willingness to breed and their suitability for inclusion in a mixed collection and you could almost call them the perfect aviary subject. So, if you are looking for something a little different, I can recommend the White-browed Woodswallow as a worthy addition to any collection.

I wish to acknowledge the assistance that was given by the late Harry Carr, a dear friend of mine, who was very well known in the Australian softbill community and one of the most instrumental figures in softbill aviculture in Australia for many, many years. Harry provided me with the info in order to compile this article and also allowed me unlimited access to his birds over all of the years that I knew him in order for me to observe and photograph them. Thank you, Harry. 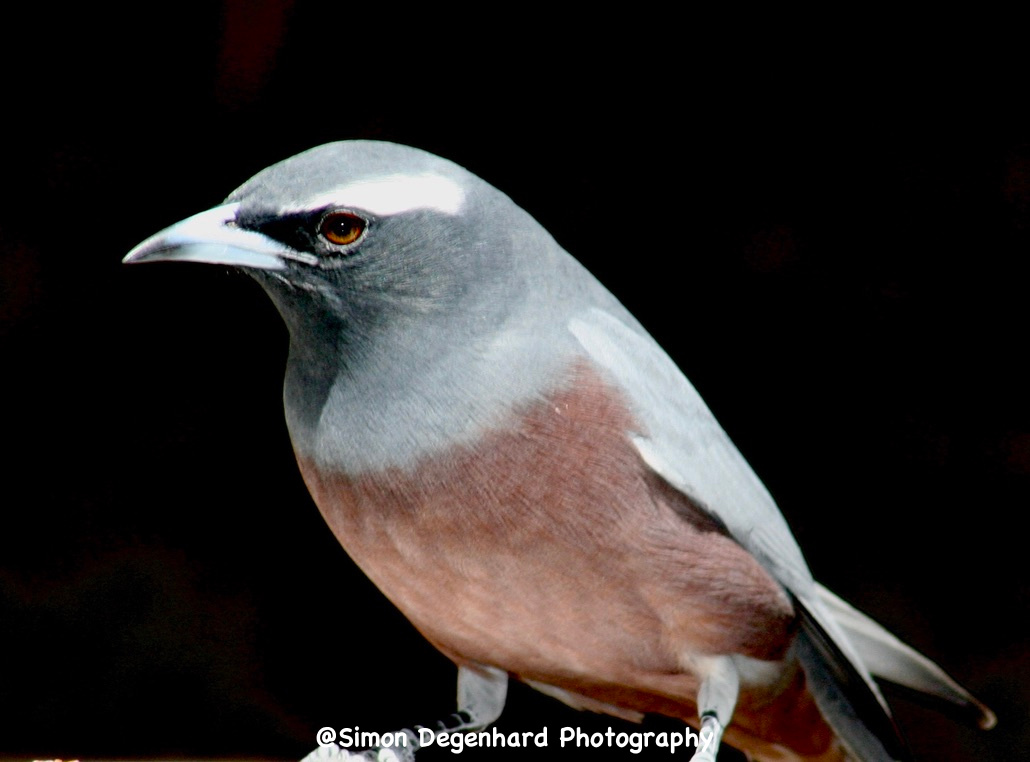 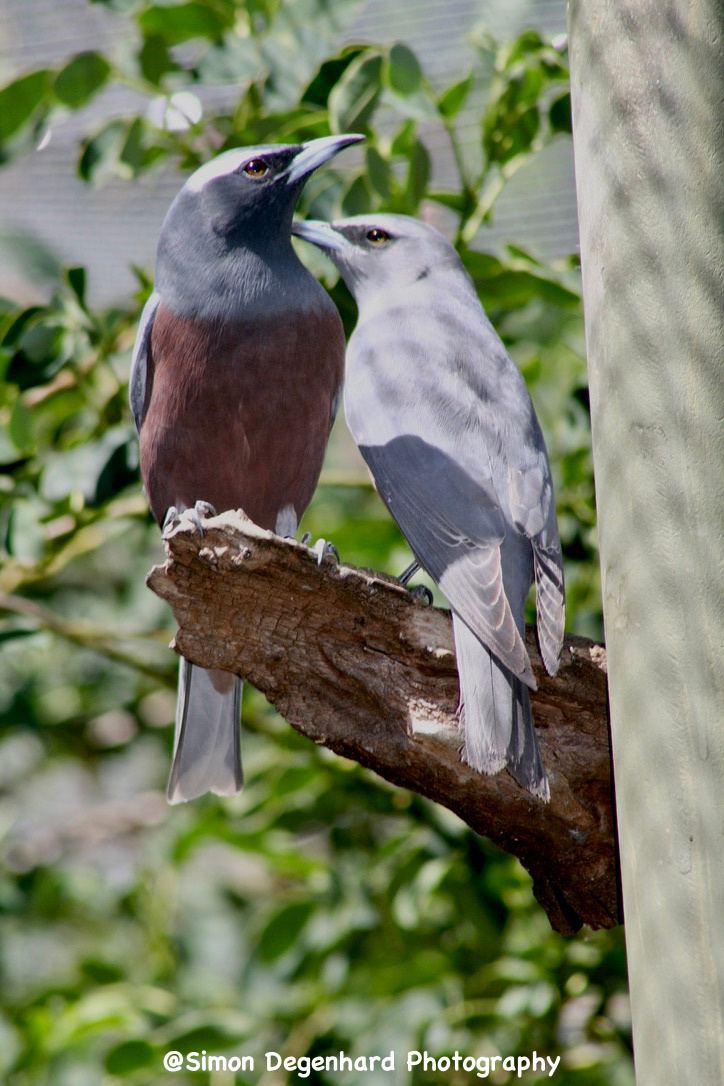 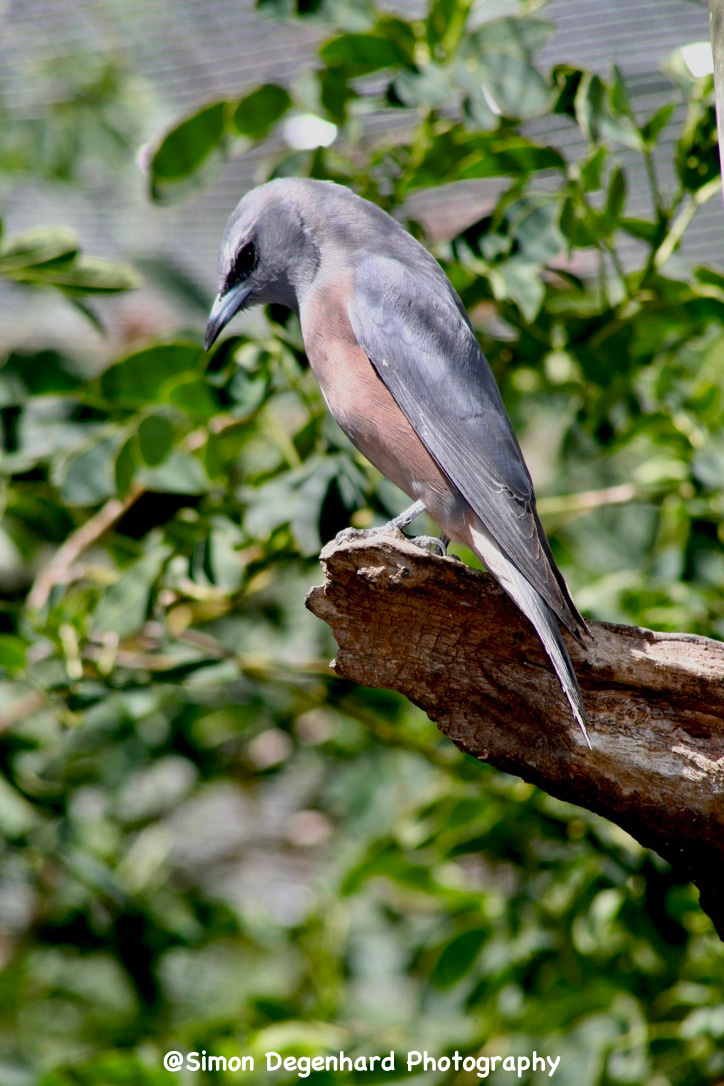 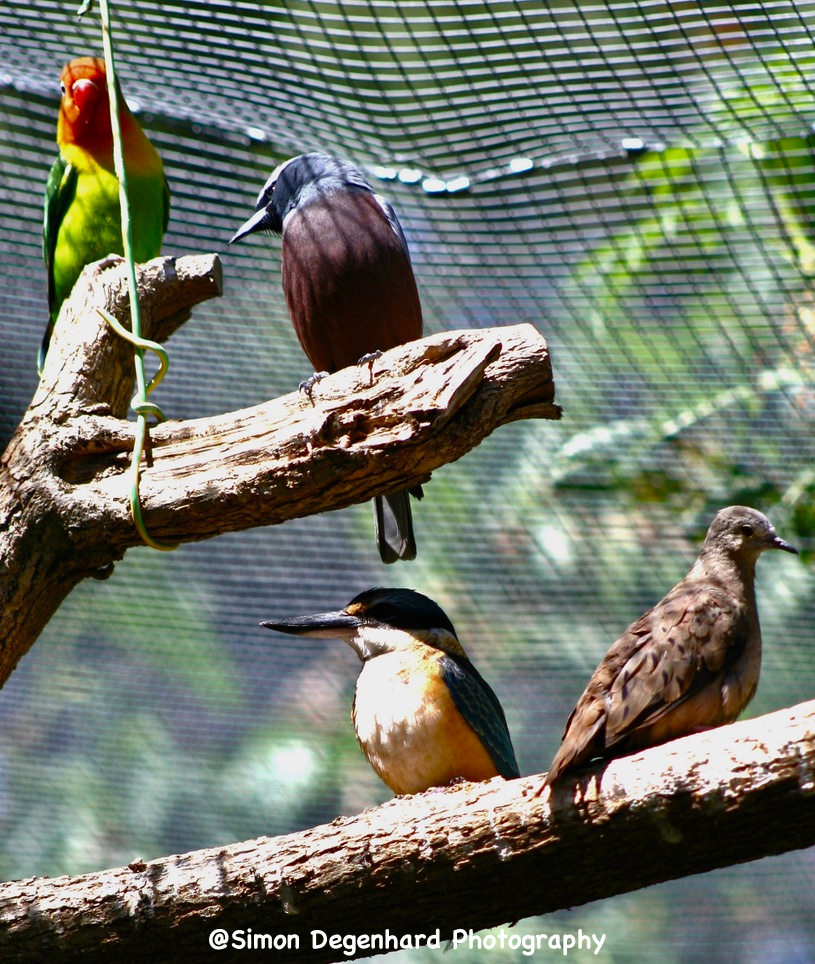 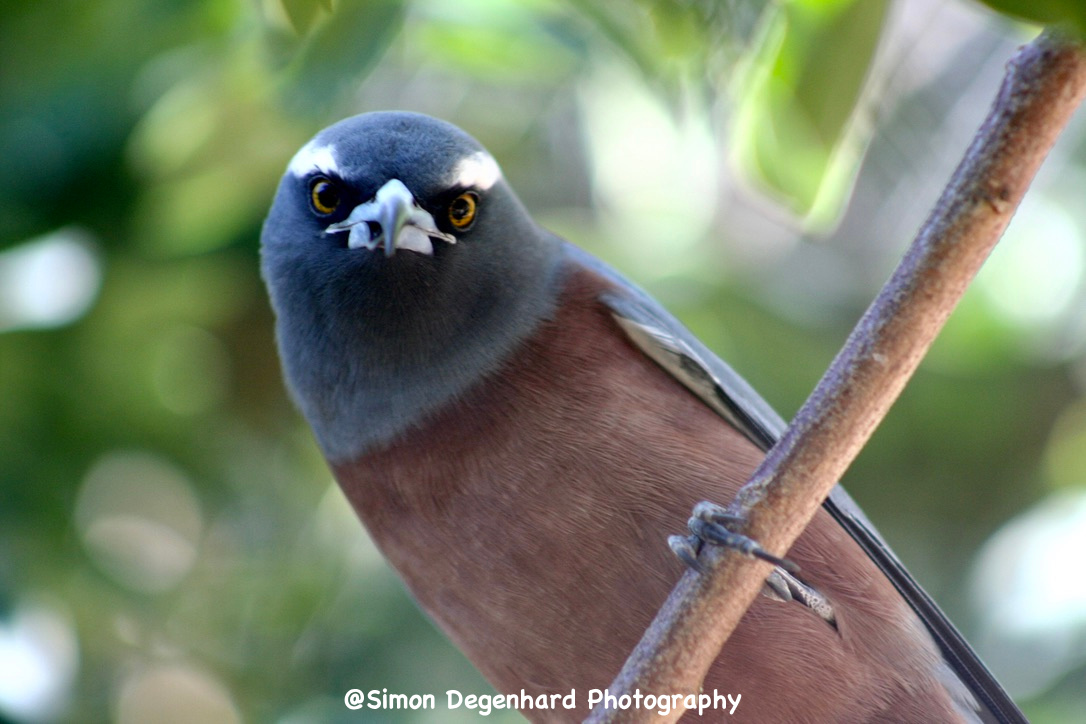